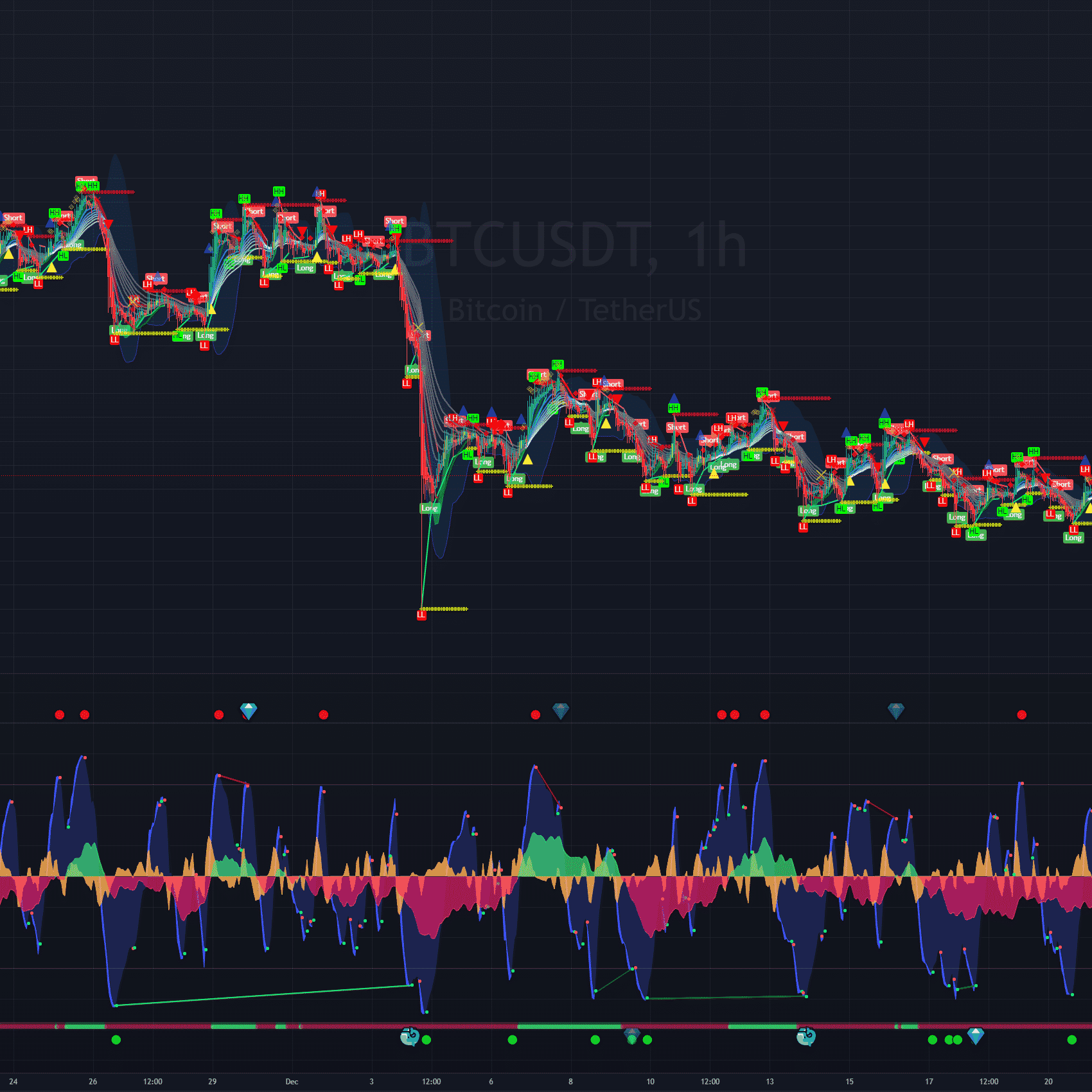 Paints moving averages and several indications on the chart itself, indicating congruency as well as market direction. It also helps to protect you from fakeouts and imminent drops.

A combination of RSI, MACD, Wave Trend, VWAP and other indicators helps to determine entries and exits. Also exposes divergences, both visible and hidden.

Paints support and resistance areas on your charts for easy identification.